Like on Monday, it was another overcast, rainy day today. I really couldn’t pick a better week for this challenge. But I am determined to do it.

When I was driving to Longshaw Estate, it was very foggy on the road. I could barely see the oncoming traffic. Luckily they had their lights on! The visibility was about 5 metres. So I thought this walk would be very foggy and I wouldn’t be able to see much. But it was actually ok. In the woods and Padley Gorge it was only raining lightly and it actually stopped raining for some time.

From the Longshaw car park, I followed the woodland path to the estate lodge, crossed the road and followed the path along the lake down to Burbage Brook.

I crossed the log bridge and turned left, downstream. I love this place. I could spend hours taking photographs here! In fact, one day I will go and do that.

“Padley Gorge is one of the most mystical and magical places in the Peak District. It is a fairy glen of a place, with moss covered tree roots creating hiding places for imaginary folk. It is a really wonderful place for dog owners to be able to let their dogs off their lead without fear of upsetting wildlife, observing the dogs on the lead rule in the moorland of Burbage Moor of course, but also a really fantastic place for the children of all ages, with the gently trickling Burbage Brook at the top of the Gorge, creating wonderful areas for paddling and picnics in a safe environment, but then to the adventure which is the Gorge itself, torrents of water gushing over dark grit stone, it really is a spectacular sight and an adventure created.”

And it was completely empty. I was the only person there! Sometimes, it’s good to go out when the weather is rubbish. 😉

I carried on walking down a steep hill through ancient oak woods lining Padley Gorge; keeping the stream in sight below and on the left.

This building was the gunpowder store for Bole Hill Quarry and is situated several hundred yards away from the quarry workings for safety reasons. Bole Hill Quarry produced the stone for the Derwent and Howden dams to the north-west of here in the Upper Derwent Valley. ↓

I went through a kissing gate and down a rough lane past groups of houses. At the bottom of this lane, I turned left and followed the lane over the railway bridge to a Grindleford Station Cafe. 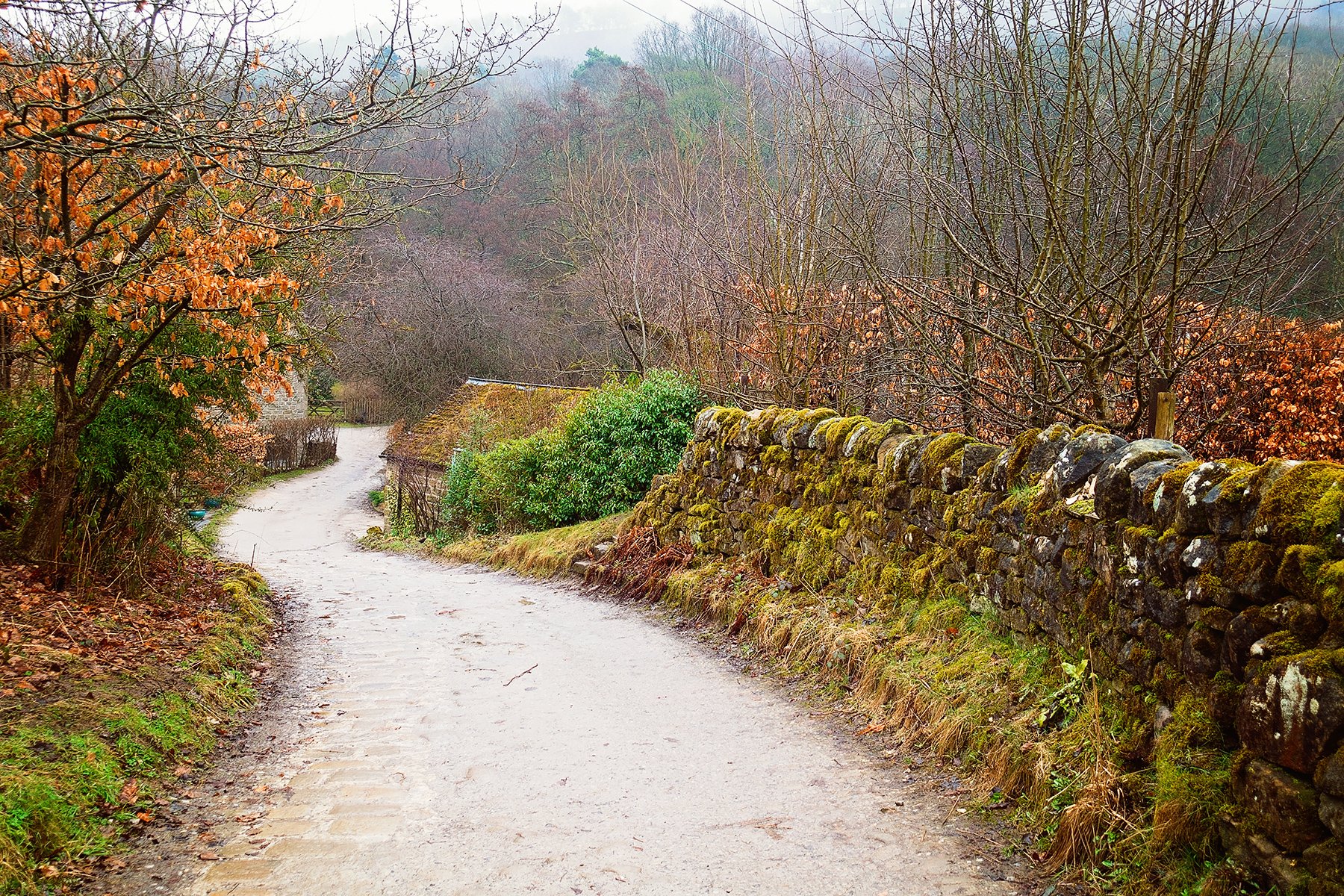 I turned left immediately beyond the cafe, went through a kissing gate and climbed up to the road. I turned left on to the road and after a few yards, turned right over a low stone stile.

Then I  climbed the steep woodland path, following the rocky course of the stream.

After emerging from the woods, I turned left uphill beside a stream eventually joining a path. It was very foggy here, apparently, there is a viewpoint overlooking the Paddley Gorge but the visibility was nearly non-existent. After walking for a few minutes I climbed a stone stile, turned left and joined the path which leads back to the Longshaw Lodge and onto its carpark.

What a gorgeous, magical walk. I love, love Padley Gorge! 🙂 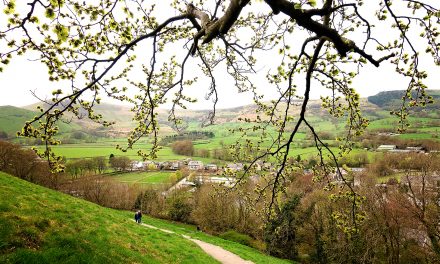