Upper Derwent Valley is undoubtedly a stunning place in all seasons. No wonder that over 2 million people visit Upper Derwent each year. I have blogged about the area quite a bit.

There are numerous walks you can do in the Upper Derwent Valley. You can have a nice leisurely flat walk around the Ladybower Reservoir or a scramble to the top at Bamford Edge, Winston Lee or Alport Castles. Once you have reached the top, you can enjoy the spectacular views over the Valley.

The Upper Derwent Valley is an area in the Peak District National Park. Most of it lies in Derbyshire but its northeastern area lies within Sheffield. It consists of Ladybower, Derwent and Howden Reservoirs.

We parked at the free car park just before the Fairholmes Visitor Centre. It was 8:30 am and the car park was nearly full. So go early on a nice day, especially if it is at the weekend. The paid car park at Fairholmes gets very busy too! I have seen people not to be able to park there.

We followed the path clockwise around the reservoirs.  The views are just beautiful. It was buzzing with wildlife, lots of birds were chirping away. 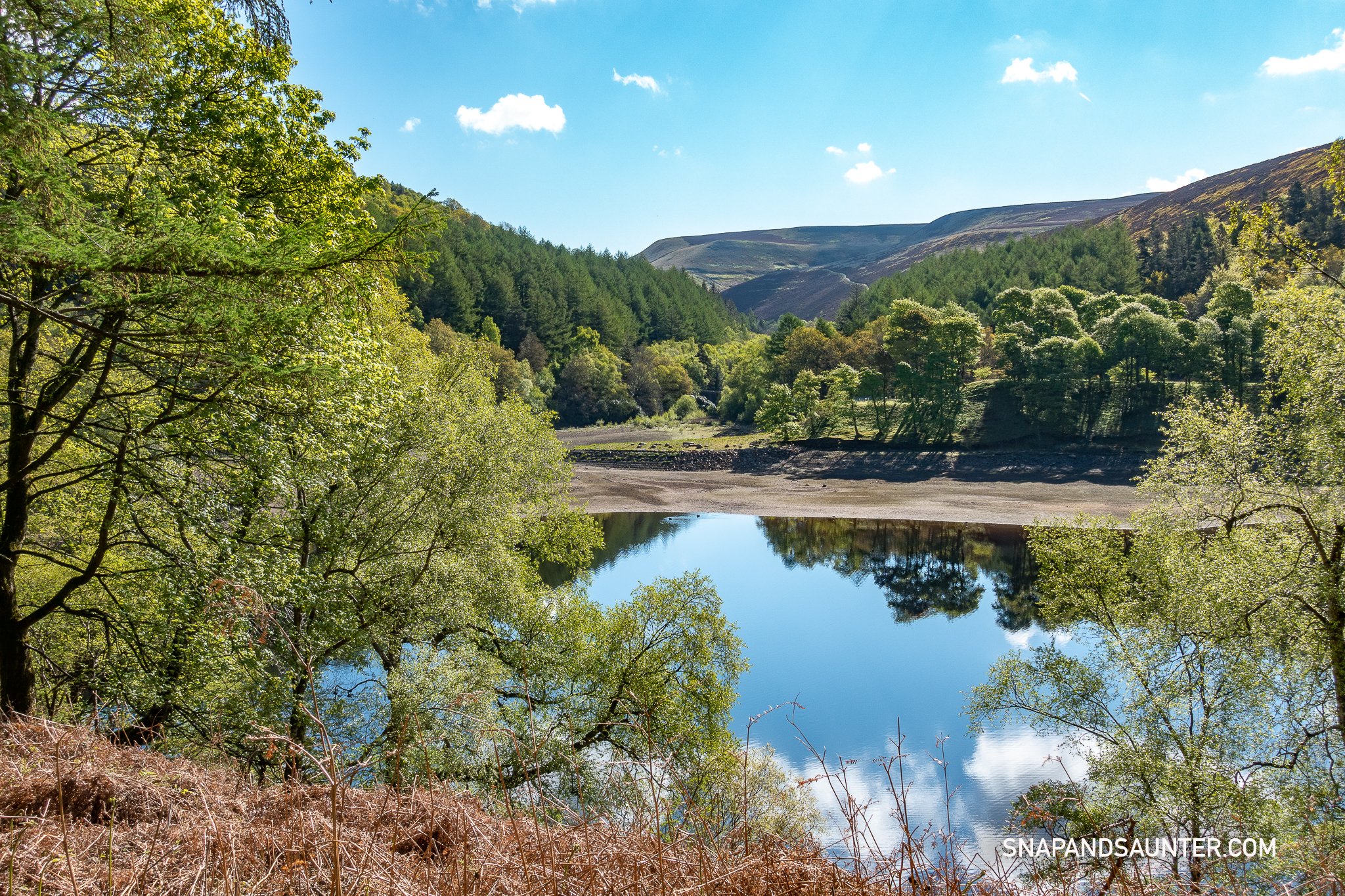 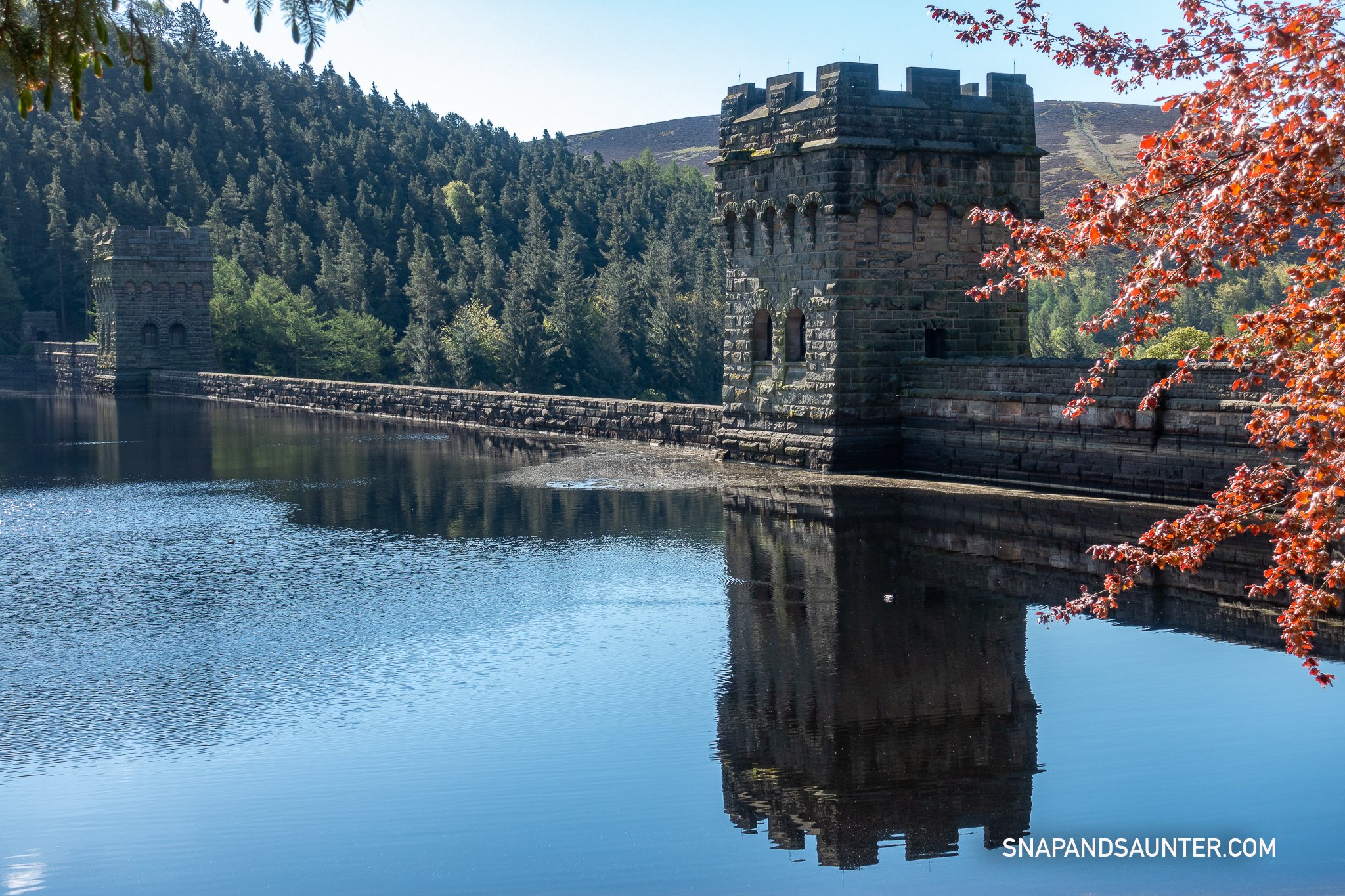 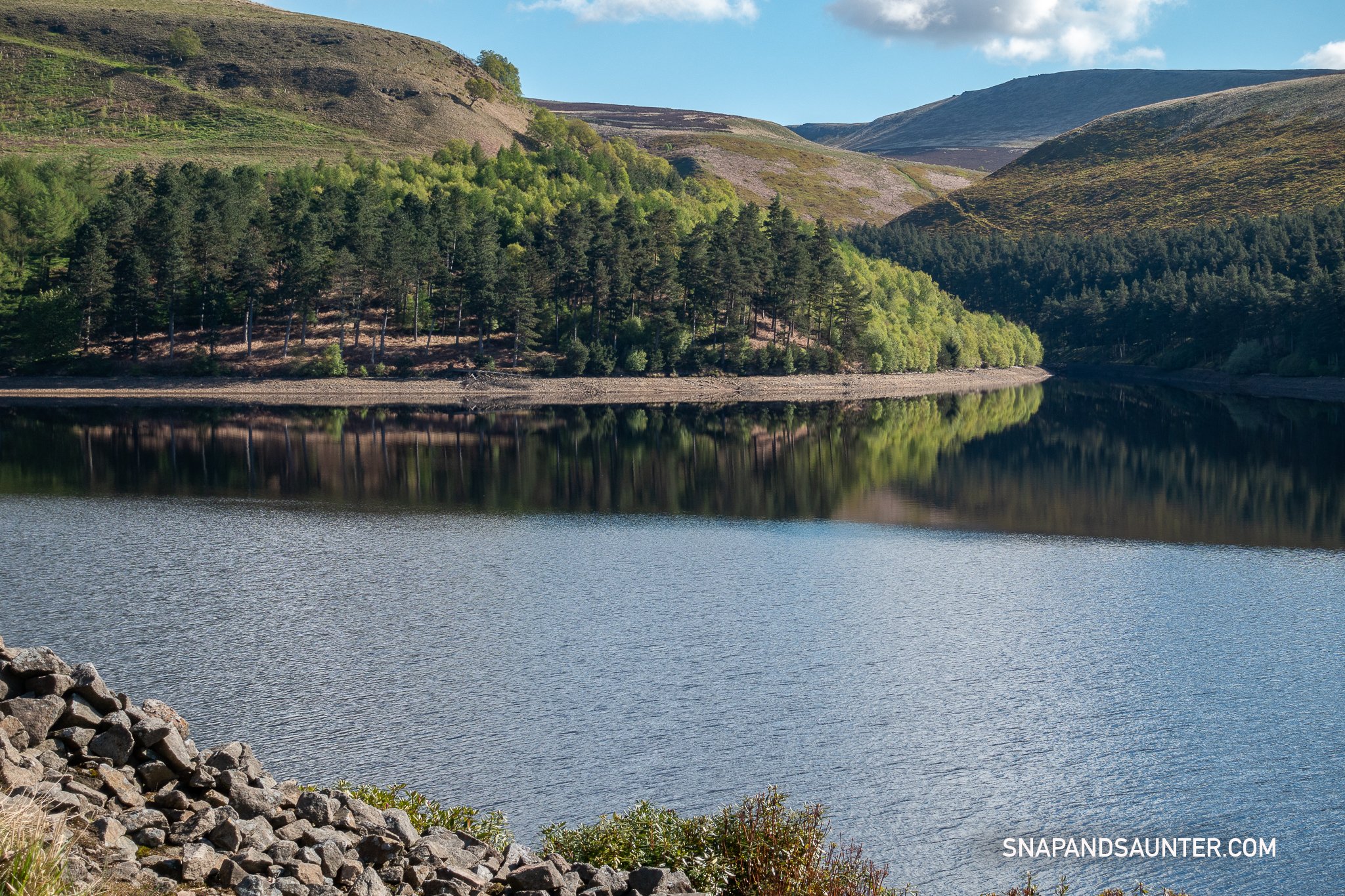 Upper Derwent Valley is a beautiful and popular area which acts as a magnet for visitors in fine weather. At weekends the valley is full of walkers, cyclists, fell-runners and just plain tourists. Consequently, to preserve the peace of the Upper Derwent the Peak National Park have closed the road beyond Fairholmes to King’s Tree at weekends and a minibus service operates.

We ate our lunch at the arched stone packhorse bridge, that crosses the River Derwent. The bridge was originally constructed in the 17th century to cross the river at Derwent village. When the Ladybower dam was built in 1944 the village was flooded.

However, by this time the bridge had been scheduled as an ancient monument. In order to save it, the bridge was taken down stone by stone and put into storage. Fifteen years later the bridge was reconstructed at the present site.

Howden and Derwent dams were built between 1901 and 1916, and show early 20th-century engineering ingenuity at its best. The dam walls and buildings are constructed in a gothic revival style with fairytale castle turrets. In order to construct the dams a temporary village, nicknamed ‘Tin Town’ because of its corrugated iron buildings, was built at Birchinlee. The village had a pub, shops and even a police station!

Between 1901 and 1903 a railway was constructed linking Howden dam to the mainline at Bamford. The train line brought materials and supplies for the construction works, including the stone, which was quarried at Bolehill, which now forms part of the National Trust’s Longshaw Estate.

Moreover, during the Second World War, the Derwent reservoir was used for trial runs for Operation Chastise, the dam buster raids. The pilots of the 617 Squadron practised the low-level flying needed for the raid here because of the dam’s similarity to the Mohne and Sorpe dams.

We relaxed a bit back at Fairholmes Visitor Centre before heading back home. To sum it up, it was a great walk with superb scenery and gorgeous weather.

Have you been to Upper Derwent Valley? What is your favourite walk?

Please let us know in the comments below.

Sharing my walks & travels around the Peak District, rest of the UK & abroad|👨‍👩‍👦‍👦 facebook.com/snapandsaunter All photos ©Martina Hardiman

Ashopton bridge at Ladybower reservoir in the Peak

Who likes dragonflies? I captured this Four spotte

After the week of rain the rivers and waterfalls a