The reservoir  was completed during World War II  and it was primarily built to supply drinking water to the north of England and the midlands.

The building of the reservoir resulted in the ‘drowning’ of the villages of Ashopton and Derwent. The buildings in Ashopton were demolished before the reservoir was filled, but much of the structure of Derwent village was still visible during a dry summer some 14 years later. The clock tower of the church had been left standing and the upper part of it was visible above the water level until 1947, when it was seen as a hazard and demolished with explosives on 15 December. 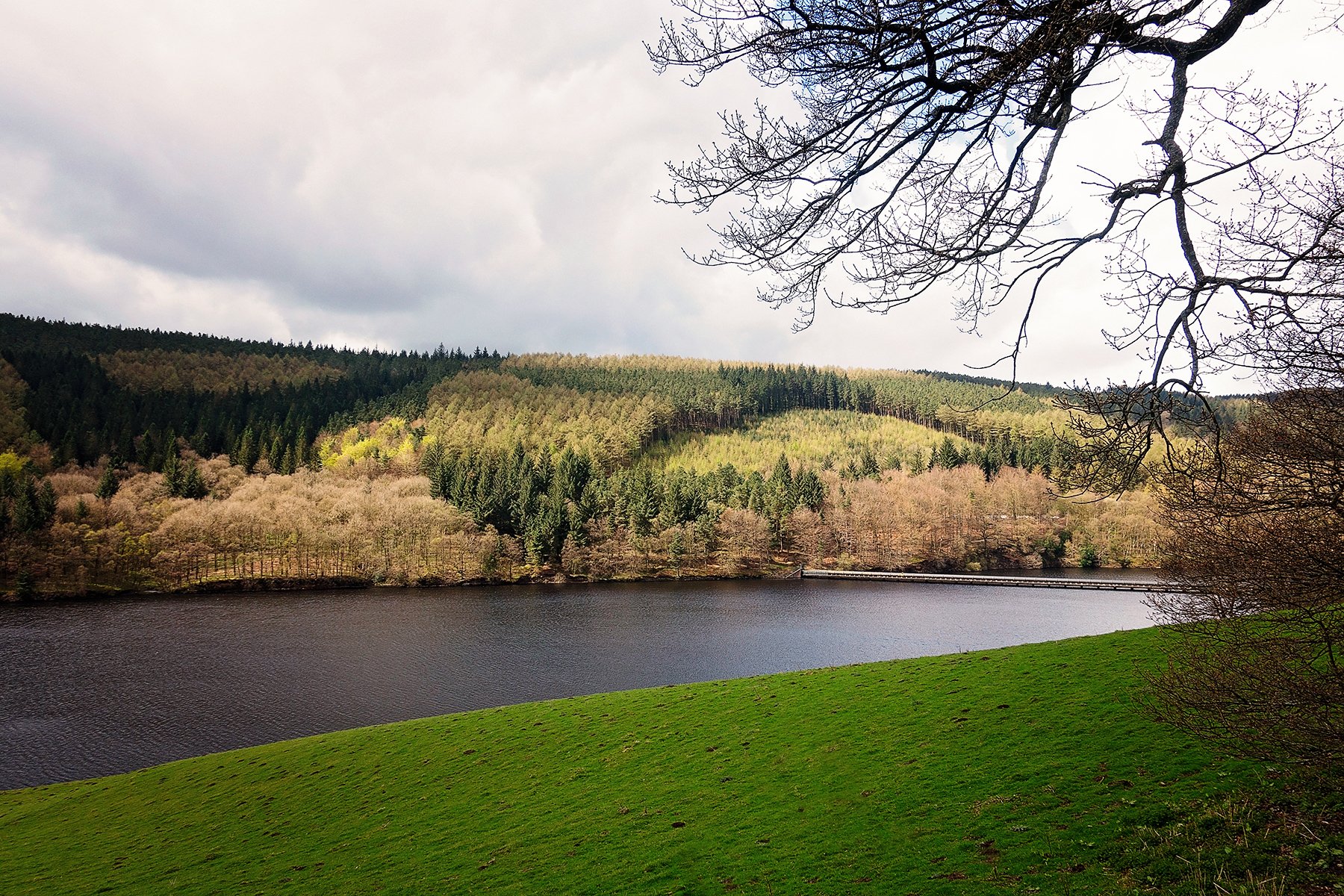 I parked my car at the Derwent Overlook car park (free) just before the paid one at Fairholmes Visitor Centre. As much as I would like to, I knew I didn’t have time to walk around the whole reservoir. I’ve decided to do the Eastern part of Y shape as you can see on the map below. It was a good 5.8 miles ( 9.3 km) walk.

It took me about about 2.5 hours but I was stopping quite a lot for taking pictures and videos and I also stopped for about 20 mins for my lunch break. I had it all – rain, sun, clouds, hail, wind – sometimes all together within a 2 minute period.

It is such a nice and easy circular walk generally suitable for push chairs and bikes.  However the second part,  after I crossed the bridge and went back on the path, is not really suitable for wheels but you could come back via the road to the visitor’s centre and car parks, which is above above the path.

Some fishermen at work.

It was beautiful when the sun lit the field, the colours just popped.

When I was having my lunch this was my view. ↓

I am hoping to walk the rest of the reservoir (part 2)  soon.

Check out my previous walks around various reservoirs near Sheffield. They are usually very easy and suitable for push chairs.