A WALK AROUND FLAMBOROUGH HEAD AND LIGHTHOUSE 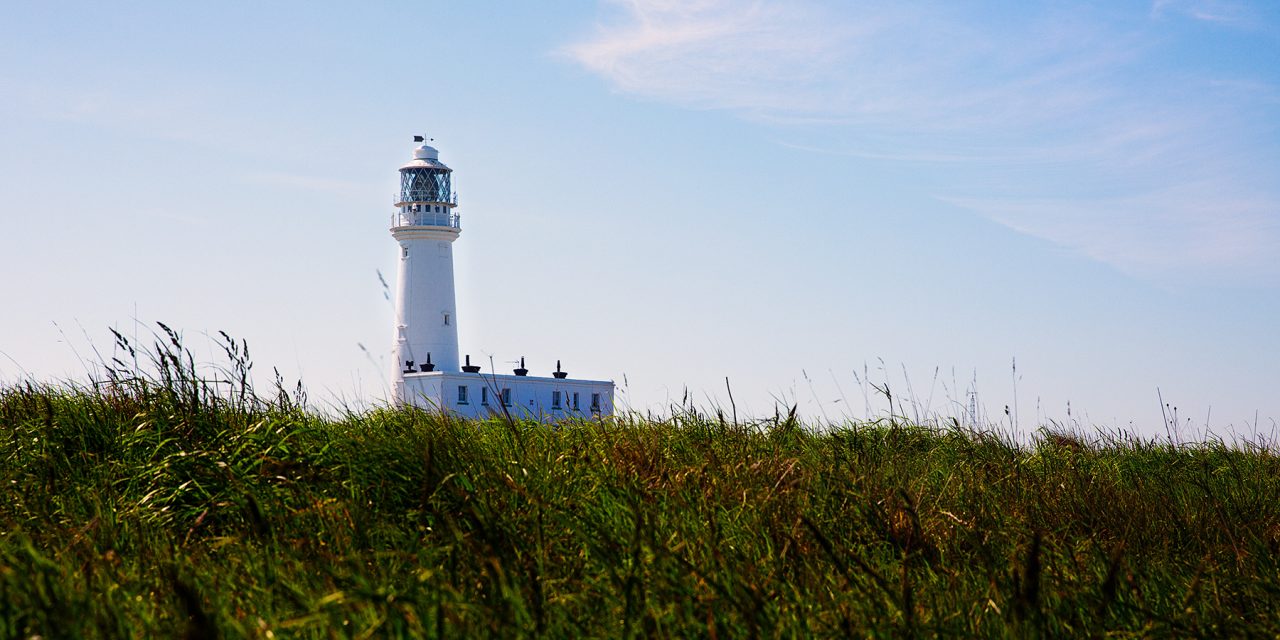 We visited the Flamborough Head, with its lighthouse, in the late afternoon after our visit to Bempton Cliffs.  Flamborough Head is a 15 minute drive from Bempton Cliffs, with its RSPB nature reserve. The headland is also about 12 minutes by car from Bridlington, where we were staying for the weekend. There is a car park,  toilets, cafe and a gift shop selling the sort of things you expect to buy at the sea side, all next to the lighthouse.

Flamborough Head is one of the most spectacular areas of chalk cliffs in Britain, standing 400 feet high.

The cliffs are home to one of the largest sites of nesting sea birds in England, boasting a rare colony of gannets. The cliff top walk is a birdspotter’s paradise, and visitors to the headland include oyster catchers, gulls, eider ducks, and cormorants. There’s also a wide variety of plant and wildlife species.

As well as its distinctive white cliffs, there are coves, sea caves and stacks along the coastline.

The Flamborough Lighthouse was designed by Samuel Wyatt and cost £8,000 to build. It was first lit on 1st December 1806. Did you know that it was build without a scaffolding?!

You can visit the lighthouse as we did. Our son thoroughly enjoyed it and asked the guide lots of question about it and its lens. 🙂

There are 119 steps to climb (minimum height of a visitor is 1.1m to climb the lighthouse) and you can see the old lighthouse from the top.  Visit their website for more information on opening times and admission charges.

The White Light is produced by a large rotating 1st Order Catadioptric Fresnel lens, giving 4 flashes every 15 seconds, visible for 24 nautical miles. I took a video of it from the inside of the lighthouse.

The first lighthouse, built by Sir John Clayton, was completed in 1674 and is one of the oldest surviving complete lighthouses in England. Built from chalk, it was never lit. It is now a Grade II* listed building and it is not open to public. Apparently the spiral stairs around the inside of the tower are all built of chalk, like the exterior, unlike the much harder solid stone steps built into the new lighthouse, making the ascent to top somewhat tricky. Sir John Clayton intended to charge ships going around the headland a toll which would fund the lighthouse and return a profit. However he went bankrupt and the plan came to nothing.

Check out my video on nearby Bondville Model Village.

WHAT TO DO IN NORTHUMBERLAND – 3 DAYS ITINERARY