WALK AROUND GRASMERE IN THE LAKES, CUMBRIA

Grasmere is a village and a popular tourist destination in the centre of the Lake District. It takes its name from the adjacent lake and has associations with the Lake Poets. The poet William Wordsworth, who lived in Grasmere for 14 years, described it as “the loveliest spot that man hath ever found.

My sister was visiting me from Prague this summer and I took her to the Lake District for two days. I booked a private room in the YHA Butharlyp Howe in Grasmere. It was basic but all we needed as we were going to be out and about all day anyway. The hostel is situated in beautiful settings just a few minutes walk from the centre of Grasmere.

Next day we went on a circular 6.5 miles ( 9,5km ) walk around Grasmere to Rydal Water which was suggested to us by the hostel. We had a lovely sunny day for it and the walk was just stunning. I love this area so much, everywhere you look the scenery looks like a painting.

Starting at the YHA hostel, we took the route along the Grasmere lake and up to a very steep road then we turned left and walked through some woodland area until we reached the Loughrigg Terrace.

The view from Loughrigg Terrace is superb. 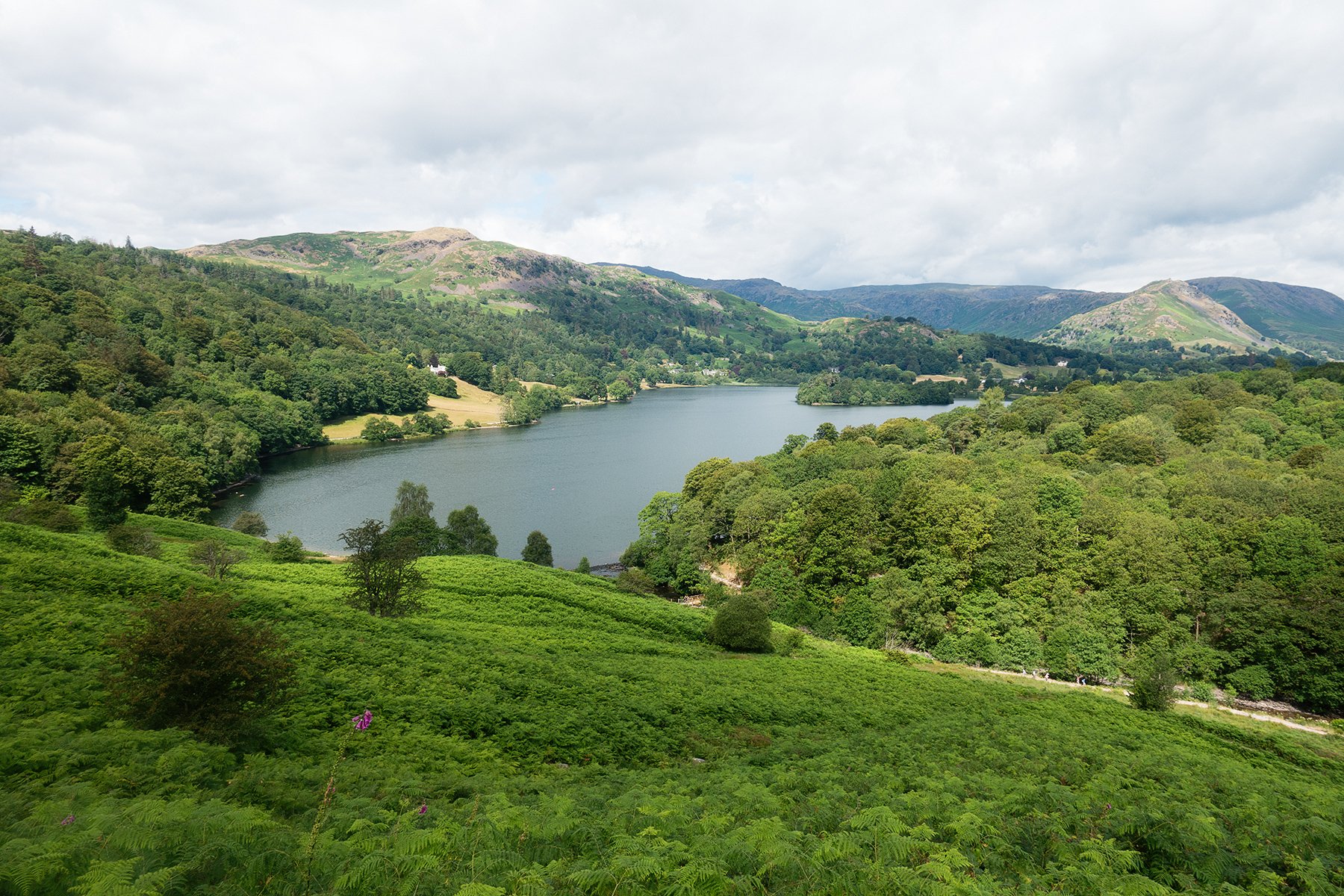 We then walked along the Loughrigg Terrace until we reached the Rydal Water watching ducks and people dipping in the water. 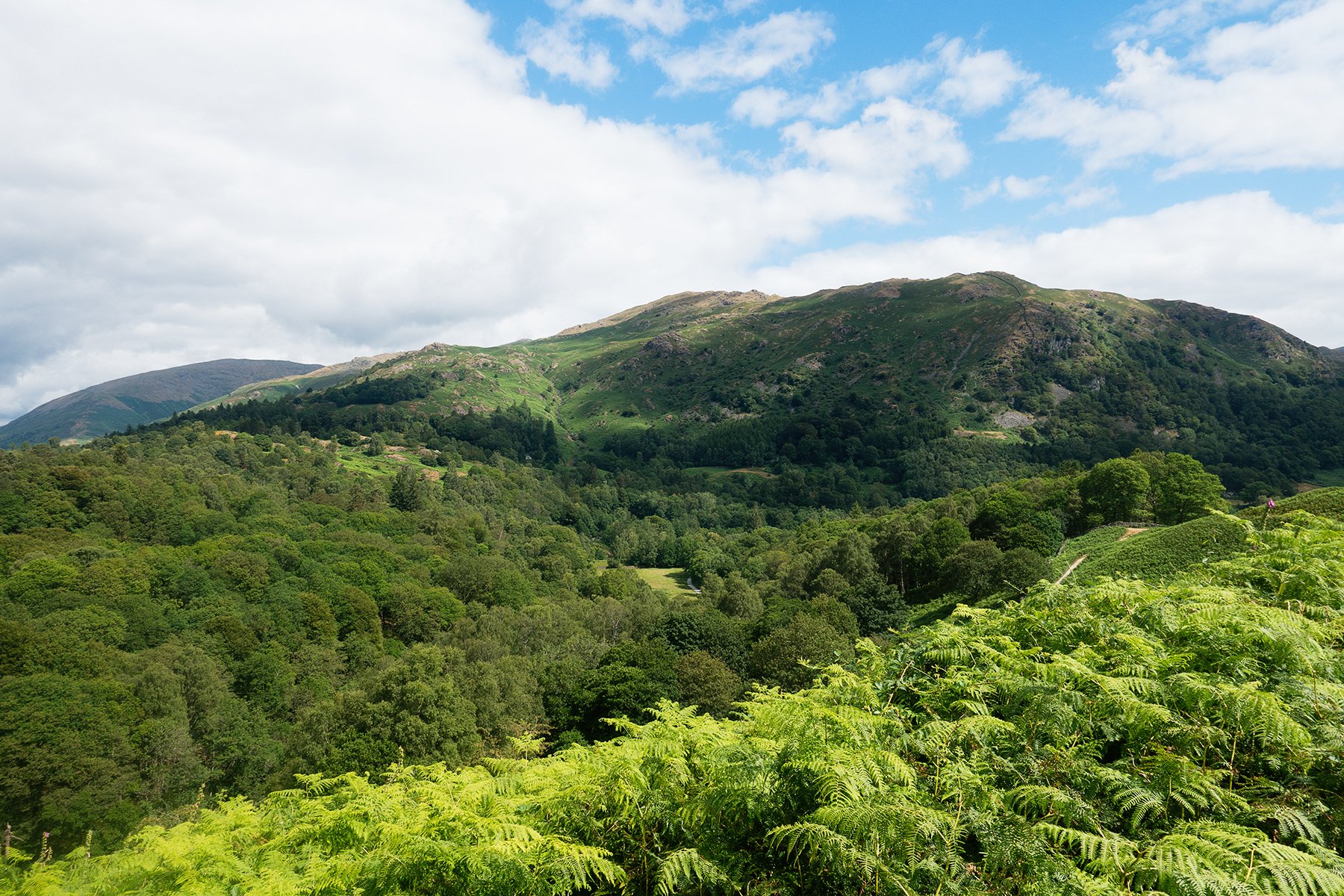 Lovely view over the Rydal Water. Rydal Water is one of the smallest lakes at 3/4 mile long, 1/4 mile wide and with a depth of 55 feet, but it is very popular partly because of its Wordsworth connections.

We carried on to the Rydal Cave. Rydal Cave is situated on Loughrigg Fell and is actually a man-made cavern, which was formerly known as Loughrigg Quarry. The cave has been hollowed out of a rocky outcrop which overlooks picturesque Rydal Water. Over two hundred years ago, Rydal Cave was a busy working quarry supplying excellent quality roofing slate to the surrounding local villages. There are stepping stones ( fun for children) which leads you inside the cavern.

Halfway through the walk, there was a nice pub called Badger Bar where we stopped for lunch. Sitting outside and having a beef burger was just what I needed. 🙂 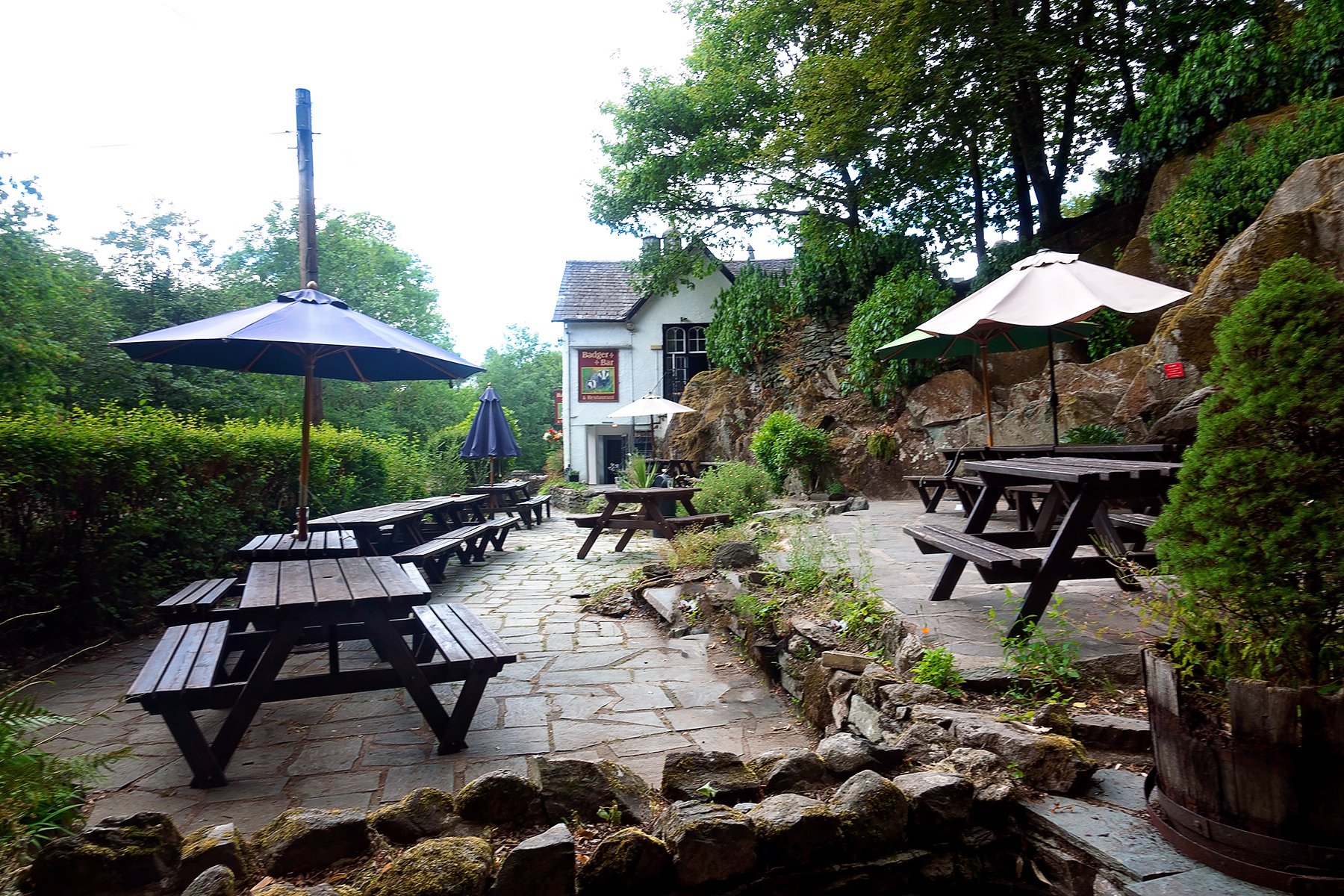 After a satisfying lunch, we then took the so-called Coffin Route from Rydal back to Grasmere.

This route, like other coffin routes around the UK, was traditionally used to transport bodies across the countryside from parishes that didn’t have burial grounds to churches that did. The bodies were carried from Ambleside and Rydal to the 13th Century St Oswald’s Church in Grasmere; the same church that houses the Wordsworth family graves.

The Coffin Route is just stunning as you can see from the photos below. I just couldn’t get enough of it!

Such a nice relaxing walk that was! The scenery around Grasmere is stunning. I am hoping to be back one day and explore more of this gorgeous part of the world. 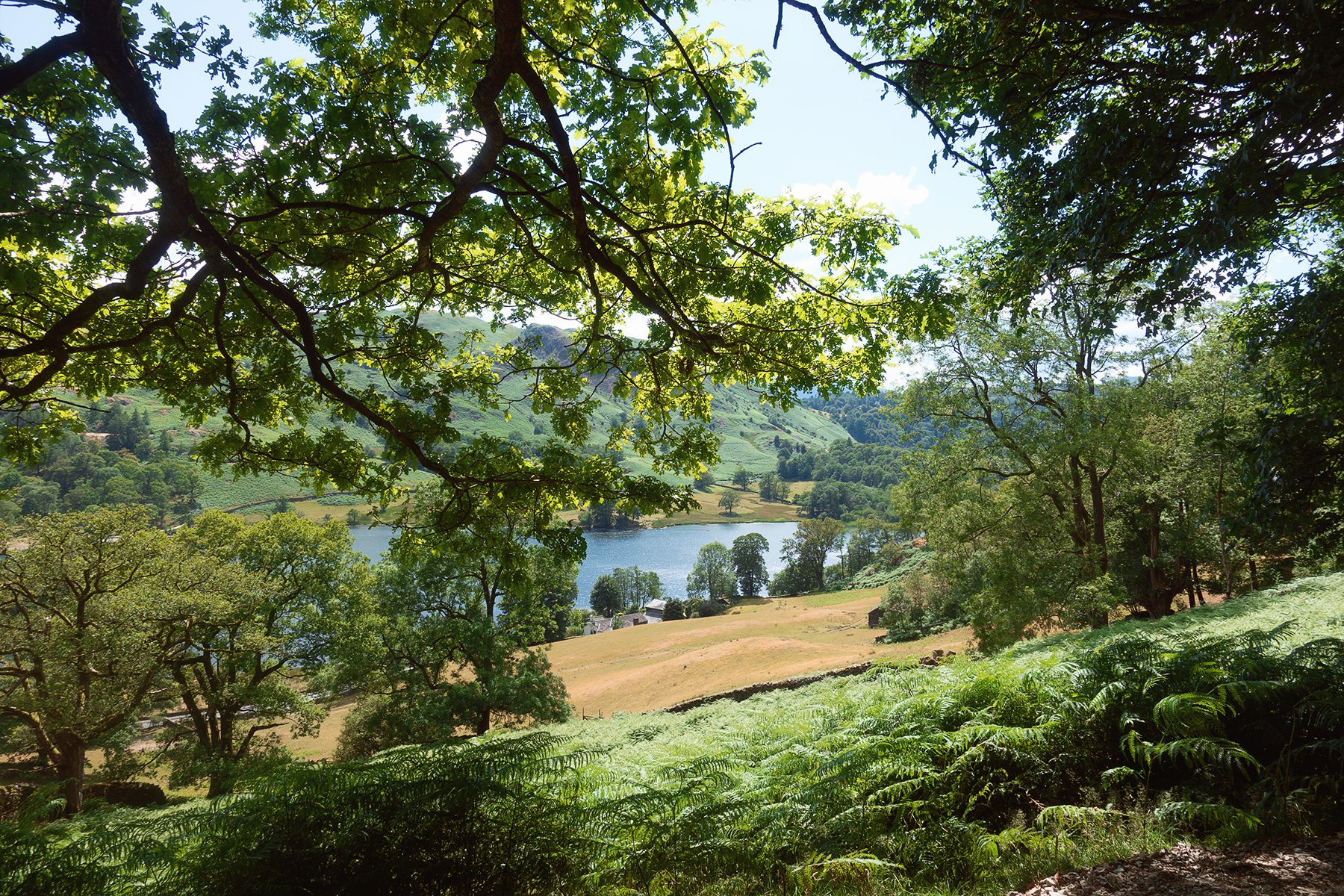 Grasmere Gingerbread was invented in 1854 by cook Sarah Nelson who mixed and baked her spicy-sweet concoction inside her Church Cottage home – now known as ‘The Grasmere Gingerbread Shop‘ – and sold it to villagers and visitors from a tabletop on a tree stump outside her front door.

Within a few years, its reputation had reached nearly every corner of the country and with the advent of the steam railways tourists flocked to Grasmere to buy her delicious gingerbread.

It’s a tiny shop and the gingerbread is baked right next door. You can’t get fresher than that! It is very gingerly and I liked it. You might have to queue a bit or come back at a quieter time. It’s very popular!

Just next to the Gingerbread shop you find the Wordsworth Daffodil Gardens which opened in 2003. A piece of wasteland near the church was chosen to try and emulate Wordsworth’s famous poem.

“I wandered lonely as a cloud, that floats on high o’er vales and hills,

When all at once I saw a crowd, a host of golden daffodils.”

The plan is to have 10,000 wild daffodils blowing in the breeze. The idea of the garden is to raise funds to promote the heritage of the Vale of Grasmere and it’s traditional ways of Lake District life. You can also buy a stone which is engraved with your name and home town. This is laid in the form of a path through the garden. Once the path is finished, sponsorship closes.

The stones are made of Lakeland slate and tend to be bought by people who have a fondness for Grasmere. It isn’t a memorial garden, more a celebration of Grasmere. Donors names are entered in the Book of friends displayed in St Oswald’s Church.

There are numerous cafes, art gallery and shops in Grasmere and National Trust Allan Bank is nearby.

The Lake District National Park celebrates 67 years this year. What is your favourite place in the lakes? Feel free to comment below. We love hearing from you!

We also have a Facebook Group where you can share your walk and travel photos with us.

As promised yesterday, here is the second photo -

Delighted to receive two bronzes at the January Im

My favourite image from today in the local woods.

A cold walk in our local park today. . . #millhou

Nice to see some colour this dull day. This is my 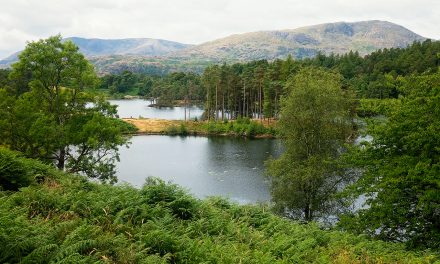