B29 “OVER EXPOSED” PLANE CRASH SITE IN BLEAKLOW, DERBYSHIRE

January is upon us and I would like to share with you this interesting walk where I went to see the B29 “Over Exposed” plane crash site in Bleaklow in the High Peak of the Peak District in Derbyshire.

I went with my friend Kev last January and would you believe me, it took me nearly a year to write about it!

Bleaklow is a high, largely peat-covered, gritstone moorland, just north of Kinder Scout, across the Snake Pass (A57), in the Derbyshire High Peak near the town of Glossop.

Much of it is nearly 2,000 feet (610 m) above the sea level. Much of the main plateau of Bleaklow is a boggy peat moorland, lacking strong changes in elevation – in poor conditions its traverse is probably the most navigationally challenging in the Peak District. And let me tell you, as the name suggests, it is pretty bleak.

We parked our car on a little lay-by on Manchester road where the Peninne Way path crosses the road. As soon as we got out of the car we could feel the wind and it was bitterly cold. It was definitely below zero degrees Celsius as I could feel my fingers slowly getting frozen.

Bleaklow is a very open area with no trees in sight and you definitely feel the cold. Be prepared if you go, especially in the winter. Warm clothes are a must as well as food and drinks and good navigation sources as you can get quite easily disoriented and get lost.

Passing a few icicles, we could see some snow at the top of the Higher Shelf. At this point, I got quite excited, as that would be the first encounter with snow that year. Here we also spotted a white hair mountain hare quickly hopping around. It was so quick and unfortunately, I didn’t manage to get a photo.

As you can see on the photo below, I was pretty much wrapped up from head to toes! 😀

Reaching the summit of Higher Shelf Stones, it started to be very pretty in the snow. Like icing on the cake.

Bleaklow is the second-highest point in Derbyshire and the area includes the most easterly point in the British Isles over 2,000 feet, near Bleaklow Stones.

There are beautiful views across Manchester, Lancashire and Cheshire to the west and towards the Hope Valley, Holme Moss, Emley Moor and Yorkshire to the east. Apparently it is possible to see Snowdonia in North Wales in very good weather conditions. How cool is that?

It was at this point that we bumped into two runners  – wearing SHORTS! We both looked at each other like –  whatever!  HAHA, it was quite funny.

B29 – “Over Exposed” Plane Crash Site

You will find the crash site around 100 metres or so from the Higher Shelf Stones trig point. Bizarrely I have always wanted to see it even though it probably won’t help with my flying nerves!

The B-29 Superfortress was nicknamed “Over Exposed” as a tribute to its photo-reconnaissance work during the war.

“Over Exposed” sadly crashed here on the moors on the 3rd November 1948. It was making a routine flight from RAF Scampton in Lincolnshire to what was once the vast logistics base at Burtonwood on the western side of the Peak District.

“Over Exposed” had a full crew on that fateful day and the pilot in control was Captain Landon Tanner. It is not fully known why the crash happened that day. It is thought to have crashed while descending through a cloud.

All 13 members of the aircraft’s crew were killed in the disaster and its wreckage was scattered across the moors. The crew was just seven minutes away from their landing site when they crashed.

Even after more than 70 years, the exposed bleak wreck site is a powerfully moving and evocative place.

On the way back, we finally saw it. It was my first time ever when I saw a  Mountain Hare all in white in the wild. How cute!

Native to Scottish Highlands, Mountain Hare can be also found in the Peak District and on some Scottish islands, where it has been introduced. A subspecies, the Irish hare, is found in Ireland. 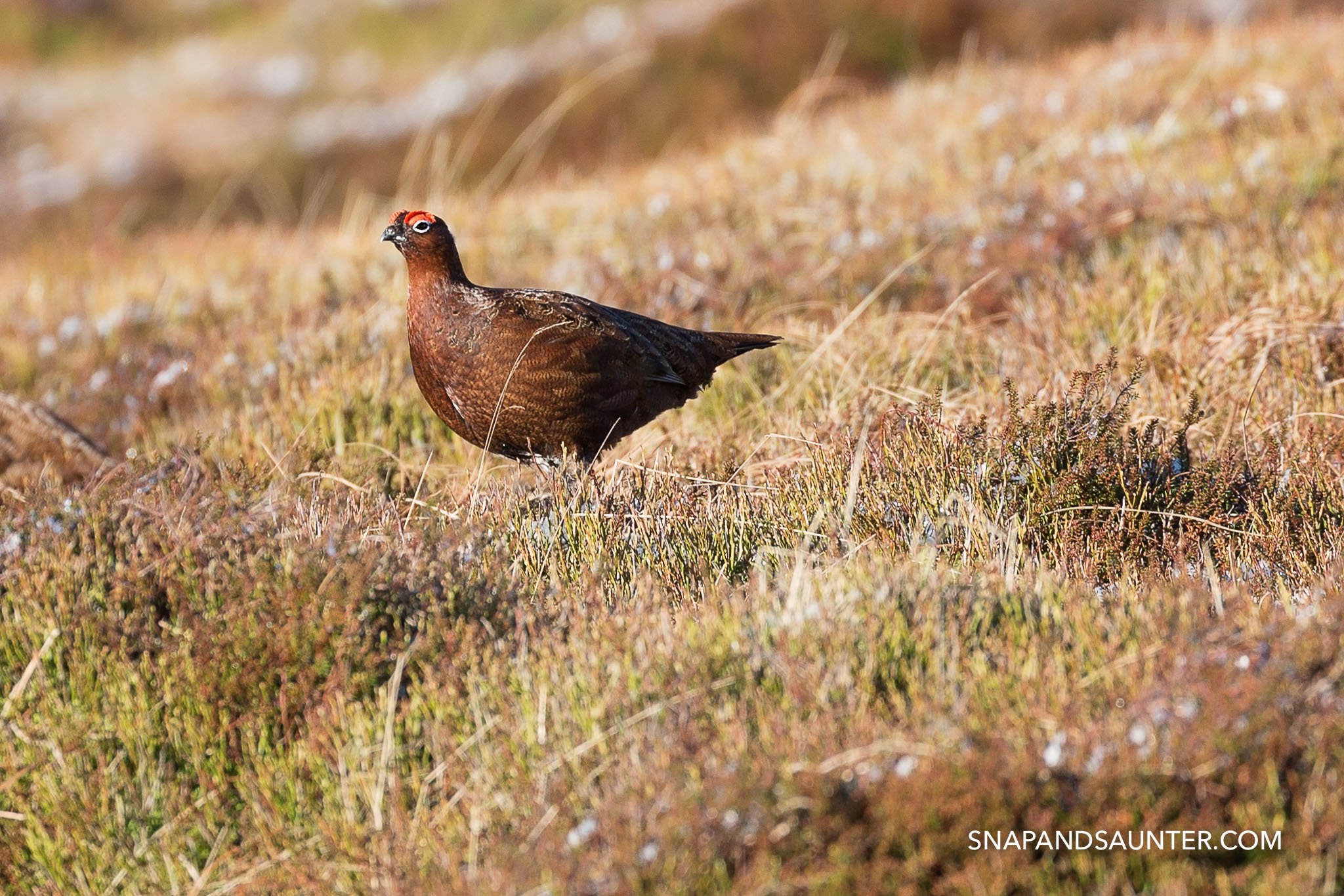 I would call this walk a Walk of First. First snow of the year, first visit to the plane crash site and my first white mountain hare ever! I am hoping to explore Bleaklow a bit more this year and add it to the collection of my Derbyshire walks.